Please do not pay $61.74 for this game. It is actually free. It is a math joke. 6174 is Kaprekar's Constant, which does not make it a reasonable price for a game I made in literally ten minutes. If you paid money for this game, I will pay you back.

So I'm here in Boston, being a counselor at a math camp, and it's reminded me how much I love math and teaching math. It's also a reminder of how hard it is to teach math. These are talented students, so I can't morally be allowed to just tell them answers. I have to guide them to answers, asking questions, that sort of thing. It's fun (partially because you get to explore some old thing in a brand-new way) but it's also quite difficult. Anyway, I was thinking about a similarity between something I say a lot in math contexts: "Try another way". See, "Try another way" is also a phrase you can use in Archipelago, and that game is often cited as being impossibly hard because of it. So that interested me. Anyway, here's the game.

This is a five-minute love letter to mathematics. It is instructions on how to solve mathematical problems, so before you play please do pull up your favorite problem. If you're just getting started with the queen of the sciences, here's one: What time will it be one million minutes from now? If you thought that one was a pushover, here's one: Draw a fantasy map on a sphere, dividing it into several regions. How many colors does it take, minimum, to color the regions on it so that no adjacent region has the same color? Is this the case for all maps?

This game is pretentious, and it knows it is pretentious. It mirrors its creator. In a way, it is autobiographical. I actually noticed something really cool in terms of theory for this game after making it, which I will probably share for July Theory Month or something. Of course, I am basically living math for the next month, which is fantastic for me, but it also means I won't have much time to devote to games. I'll try and sneak in some time, but in the meantime do your own theory on this game. Heck, use that theory and do some praxis (i.e. make games), and tell me about it. I'd be delighted.

If you insist on paying for this game, first of all, don't. Then decide what amount of money would be appropriate to pay, then donate that money to literally anybody else instead. Thank you. 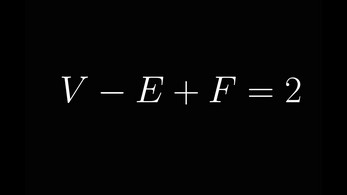