Goncharov, the tumblr in-joke, is a game. Specifically, it is the game that celebrates the circulation of the sign rather than the theme as the driving force behind meaning-making.

This is a three-part essay/game on Goncharov (the social media phenomenon concerning a made-up Scorcese film) and the power within games.

Part 1: a brief essay on Goncharov.

Part 2: a game called "Each Day In Church We Meet, Sing Together, & Curse Our Beloved God".

The cover art interpolates a photo from Felipe Simo, under the Unsplash license.

In order to download this essay you must purchase it at or above the minimum price of $5 USD. You will get access to the following files:

Support this essay at or above a special price point to receive something exclusive.

These free copies are for anyone who's unable to pay full price for the essay right now, for any reason.

If you feel guilt about taking a free copy, take it anyway, and consider writing a review posting about the game on social media as a form of "payment".

What follows is an essay on the earliest known game of Goncharov.
Also, I'm lying.

I'm obsessed with your essay-game. Even that Frankensteined term feels like an incomplete answer to the question "what is this piece to me?" (A question I asked myself, of course. This will be a recurrent theme.) Whatever I call it, this thing hit me squarely in the ribcage because I've played Goncharov before.

Please indulge me. I want to tell you about another seed.

Our freshman year of high school, my deranged theatre friends and I played Goncharov for an audience of one: our friend, my recurrent scene partner, and our theatre group's "leading man" -- Jeff. To this day, several of us remain fierce friends and constant collaborators, including Jeff and I. He is one of the most blisteringly skilled artists I know.

Together, our ragtag crew (minus our target) made up an anime called Demon Tomes. We embellished the stage with fanart, headcanon rants, and even one whole gif. It worked. Jeff believed and, much to our delight, joined us in the fandom. But now, as I'm writing this a decade later, a thought occurs. Did Jeff ever search for a Demon Tomes tag on Tumblr? We were all active in various fandoms there; surely his first instinct would be to search for footholds?

Either he never bothered to investigate beyond our conversations, or he made the arguably "stronger" choice as a performer: he searched for this cool new anime, found nothing, and joined the scene anyway.

We knew/know him very well. We crafted Demon Tomes specifically for him. In retrospect, that curation probably sold the fantasy. Drawing each frame for that gif of the Caretaker smoking, I didn't have Jeff at the top of my mind, but he was  there nonetheless. Swimming somewhere fathoms deep.

But perhaps if you're quick when spotting ethical quicksand or familiar with the emotional dangers of method acting, you've already called foul in your head. And I wouldn't blame you! Perhaps if you were here with me, you'd say -- Hey Rook, the difference between Goncharov and Demon Tomes is that the former involves thousands of willing players who are in on the joke, whereas the latter involves one unwitting player who is perhaps the punchline. Couldn't that be considered a gaslighting prank?

I have thought about this a lot myself. I put myself in Jeff's old boots and ask, "would I enjoy this if I were in Jeff's position?"

Spoiler: Jeff did. This is more evidence for him knowing all along. He expressed nothing but delight from overture to plot twist to curtain call. And he absolutely could and would fool us jesters like that. He once had me guessing his three middle names based on initials for years, only to yank me offstage with a casual "oh, you already guessed them years ago, but I won't tell you which guess."

So Jeff loved Demon Tomes, and perhaps he was the director all along. But Jeff and I are very different in many ways. April Fool's day makes me cry. I'm painfully gullible in the face of deception without logic. Every time I think: "why would they lie about something so inconsequential?" Thus, I'm a sitting duck for pranks and I hate them. Pranks affect me so adversely that as April Fool's approaches every year, I remind my loved ones that they shouldn't prank me unless they want to witness me melting down on the spot.

I could write endlessly and aimlessly about this, but my ruthless chronic pain acts up more when I type for prolonged periods. It's become so agonizing that I can no longer draw, and I have no indication it will ever improve. My first love, my longest pursuit, my most-honed skill. My career. Each and every one, names for the same dead sapling.

Jeff is perhaps the only person I've told about this grief who can perceive the vast meaning of the loss. He and I have very different practices, styles, and trajectories -- but we've both been drawing for about the same number of years. Which is to say: our entire lives, if you count the way I do.

Jeff and I both graduated with razor-sharp skills and beautiful portfolios from meatgrinder, prestige-belching institutions. But Jeff went to art school, and I went to theatre school. We both got messed up in special ways, curated to us as individuals, and we paid for the privilege. For a long time, I thought the best metaphor for my time as an acting student goes like this: You know how when a caterpillar contorts its own body to rend its way out of a cocoon? But now I know that's a lie. I may have written it, but it originated with my professors. Caterpillars must undergo pain to transform and fly. My acting "training" was abusive. Abuse is not what's "best" for the person being abused. It is violently, ruiningly unnecessary.

If I ever escaped my cocoon, I didn't do so in theatre school.

I did so right here, just now.

for the caretaker playlist

What follows is the game of my life, as thanks for the benediction.

The village of Roxaboxen lies in a one-acre wood. You are the local mapmaker who lives by the fallen oak. You spend your days drafting ever-more specific maps of the acre. This requires a steady hand and an inquisitive eye. Travelers arrive and depart, but some stay long enough for you to learn their names, their mannerisms, their fears. You sketch them in your free time and trade them maps of the surrounding area for shards of sea-glass.

There’s the hunter. She moved silently and took several spoonfuls of sugar in her tea. Then there’s the blacksmith and his brother, who picked up odd jobs around the village and has a gap in his teeth. The blacksmith worked with thunder-metal found in sheets in the one-acre wood, so named for the sound it made when shaken. You remember that low, rolling sound. And Luke, you remember Luke. He stayed the longest. He taught you how to fold a piece of paper into a scorpion, how to throw a knife, how to laugh without trepidation. The other travelers still pass through every once and awhile, but you know you’ll never see Luke again.

Roxaboxen has changed over the years, shifting around you like roots enveloping a stone. The treehouse was built, and visitors from all over painted on its walls, and then, after years, it collapsed in a storm. Pets get old and die. Gardens bloom. Things are always rising up and caving in around here. Growing, decaying.

Thankfully, your younger sister -- the local tinkerer -- is a constant. She once fashioned a functional axe handle out of a porch spindle. She’s dormant dynamite, full of potential energy. Although you’re the mapmaker and she’s the tinkerer, she’s the one who has ventured all over the outer lands. She brings back scraps for her work and artifacts for you. A small wooden box filled with teeth, a stone etched with unknown symbols, curiously strong magnet. She will always come back.

Your task, too, stays the same: map the one-acre wood with increasing detail. You take to mapping the deer trails through the tall grass. The footprints of a hurried chipmunk. The slime-path of a slug which spent the day sliding across your front step. You take to mapping the stars. There, the kite constellation. The mongoose. The scorpion, for Luke. You look up, and you look down. The universe spreads in all directions, endless, and you will never see more than a fraction of it, let alone map that fraction. You have fashioned yourself into an authority on the minute details of Roxaboxen. You’ve charted the residents’ daily routines. You’ve mapped the rambling paths of sleepwalkers. And for what? You will never be able to capture the totality of this place, or any place.

What use is a mapmaker who won’t venture beyond their one-acre world?

So, today, you’ve decided to leave. What’s out there? Have you brought enough ink? Do you have your pencil-sharpening knife? How many people will think of you once you’ve left? Will they remember your name? Will you remember theirs?

Who knows you now? I mean, really knows you?

When will you come home? Will you ever? Why not? What’s wrong with home?

Who do you think you are?

Will you go anyway? 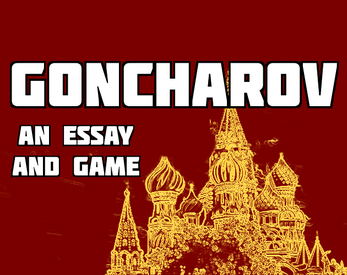